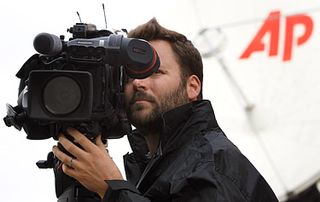 The Associated Press is making what it termed the largest rollout of HD by any news agency in the world, and it’s doing it quickly.

At IBC2011, David Hoad, director of Global Video Technology for AP, outlined the timetable for upgrading the news agency’s video products “from the camera to the customer.” In November 2011, all AP entertainment news will be available in HD; by January 2012, AP Sports News Television offerings will be HD; and by June 2012, the project will be complete with all AP News being in HD.

The timeline is such that HD news will be available ahead of the 2012 Summer Olympics in London and the U.S. presidential elections in November.

About 40 percent of AP’s entertainment news customers are already using HD in their own operations, and AP expects to see its full customer base transition to HD over the next two to three years with the London Olympics being the tipping point for many broadcasters.

AP already produces a portion of its video products in HD, including its coverage of the British royal wedding earlier in 2011 and its current coverage of memorials marking the 10th anniversary of the 9/11 attacks.

Alongside its high-def output, Hoad emphasized that all AP video content will remain available in SD format for customers who operate in standard definition.

The upgrade has meant placing some 200 new cameras at AP’s 80 bureaus worldwide, upgrades to its satellite uplink capabilities, support for live HD transmission via 3G mobile connections and other improvements. Production facilities at AP bureaus worldwide have been upgraded, too, including new HD master control rooms in London, Washington and New York City.

Beyond acquisition, production and delivery, the AP is digitizing its full video archive, which will allow customers to have downloadable access to AP archived material. That initiative began in 2010 and is ongoing.