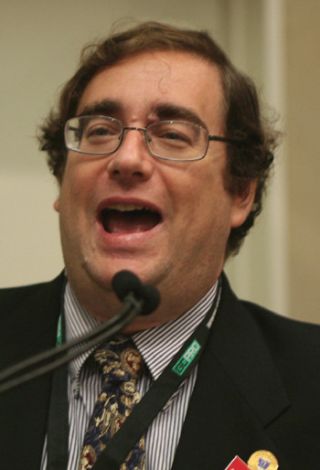 David Bialik SAN FRANCISCO— It’s October, and that means it’s time for thousands of audio professionals to head to the Moscone Center in San Francisco for the annual AES Convention, which this year has taken as its theme “Listen, Learn, and Connect.” While in the past, pro audio’s premier convocation may have had a somewhat singular focus, this year’s 133rd AES Convention, taking place Oct. 26-29, is much more of a “big tent” event, especially in its schedule of session tracks, paper presentations, tutorials, workshops and special events.

The exhibit floor tends to favor recording products, to be sure, but the show offers so much more. The convention’s calendar is constantly fine-tuned to reflect the evolving interests of its 14,000-or-so members, as well as exhibitors and attendees, and this year’s schedule is no exception, focusing on current hot-button issues from audio networks to social networking.

MINI-TRACKS
Returning for his 26th consecutive turn as Broadcast/Streaming Chair, David Bialik has once again assembled a diverse selection of panels. “Our goal is to provide meaningful information in the most accessible format,” he said. “We make a special effort to develop mini-tracks focused on topic-related issues. For example, attendees will find groupings of events on troubleshooting, and audio for TV, radio, and streaming, which are virtually crash courses on these issues. And, we stress the point that these events are discussions of technologies and techniques, not sales presentations. The AES Convention continues to serve as an essential destination for the serious audio professional.”

This year’s session track topics also include network audio, project studios, game audio, live sound, sound for picture and product design. Each session track features a diverse program of presentations and panel discussions on the issues most relevant to attendees, assembled by experts in each field.

This year’s workshop program is laid out in “mini tracks.” Loudness, a popular subject for broadcasters at the moment, is one of the featured topics, along with digital and 3D cinema sound, and presentations— off-site at Pyramind, a nearby post production facility and school—on height channels in multichannel surround sound.

On Saturday, Oct. 26, multiple Grammy Award-winning producer Steve Lillywhite will keynote the 133rd AES. Bialik has organized a broad selection of panels within the broadcast and streaming track, many of them relevant to television audio specialists. With the clocking ticking down to the FCC’s deadline, “Loudness and Metadata (Living With The CALM Act),” on Saturday, Oct. 27 at 2 p.m., is sure to be a highlight.

The panel, chaired by TV and theater sound designer Joel Spector, will include representatives from Austrian TV (ORF), CBS, Dolby Laboratories, Fox Television, Linear Acoustic and NBC Universal, as well as consultant Lon Neumann. The session will cover the FCC’s Report and Order on the CALM Act, development of the ATSC’s A/85 Recommended Practice (now legislation), and domestic and European technical developments by major media distributors and P/LOUD.

NETWORKED AUDIO
The same audio mix can sound different depending on the playback system and format. On Saturday at 4 p.m., Bialik will chair “What Happens to Your Production When Played Back On Diverse Media?” featuring an all-star panel including Karlheinz Brandenburg, Fraunhofer Institute for Digital Media Technology IDMT; Frank Foti, Omnia; Steve Greenberg, S-Curve; and Robert Orban and Greg Ogonowski, Orban.

Additional broadcast/ streaming events include “Working with HTML5” and “Audio Processing Basics,” as well as sessions on the topics of lip sync and maintenance, repair and troubleshooting.

The network audio track also offers sessions for TV broadcasters, including “Audio Networks—Paradigm Shift for Broadcasters,” on Saturday at 4 p.m., with a panel of specialists from the U.S., Europe and Australia delving into the associated workflow issues, in particular the continuing—or otherwise— role of crosspoint routers.

On Sunday, “Interoperability Issues in Audio Transport over IP-Based Networks,” will focus on interoperability standards and methods based on the Ethernet AVB suite of IEEE standards as well as AES X-192, and Audio Contribution over Internet Protocol (ACIP and ACIP2) interoperability issues. Discussions will be from both a European and U.S. perspective.