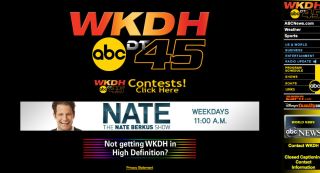 SALTILLO, MISS.: WKDH-TV, the ABC affiliate serving the Tupelo, Miss., market, will cease broadcasting at the end of this month. That’s according to a report posted on the website of NBC sister affiliate WTVA, which operates WKDH under a local marketing agreement. WKDH is said to be shutting down at 11:59 p.m. on Aug. 31.

“ABC plans to continue airing programming locally, but the network has not said how it will do that,” WTVA said.

WKDH and WTVA are both owned by descendants of Frank Spain, who helped build NBC’s Washington, D.C., TV station, WRC-TV, and later founded WTVA in Tupelo after securing a station license in 1953.

“At this early stage in television, the best commercial television equipment was extremely expensive and constructing your own television station was unheard of. But Spain faced this formidable task with determination and dedication,” WTVA’s station history states. “Throughout the construction period, his garage, backyard, and home basement in Syracuse literally became an electronics assembly facility. The antenna, transmitter, and cameras were designed and built from scratch.”

WTVA went on the air as WTWV on March 18, 1957. WKDH received its call sign in July of 1998 and signed on in June of 2001 as an ABC affiliate. The WKDH website says nothing of the shut-down, and no reason was given for it. Spain family members have not yet responded to inquiries about the station.
~ Deborah D. McAdams