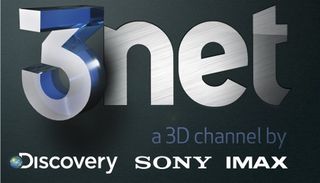 LAS VEGAS: Sony is going full-tilt boogie with 3D at the Consumer Electronics Show this year. The company kicked off the Las Vegas extravaganza by naming its joint-venture 3DTV network and rolling out a slew of 3D-capable gear.

“3Net” is the name of the new 3D network that Sony, Discovery and IMAX plan to launch this year. Development was announced at last year’s CES. A few program titles have been released since then, but the name of the network itself was heretofore unannounced. Sony said it would feature “the world’s largest library of native 3D television content.” It’s schedule to launch “early this year.”

No carriage deals have been announced, but with Discovery’s distribution vet Bill Goodwyn wrangling agreements, they’re sure to come soon. The paucity of 3D content has been considered an impediment to the consumer adoption of 3DTV, though carriers jumped on the bandwagon with as much as possible. DirecTV launched three 3D channels last July in partnership with Sony competitor Panasonic. DirecTV also carries ESPN 3D, as do cable operators Comcast and Time Warner, and U-verse IPTV purveyor AT&T. Verizon agreed to take ESPN 3D on FiOS some time this year.

3Net appears to be going up with the most original content of any of the 3D networks out there yet. ESPN’s 3D line-up is live sporting events, and starting Feb. 14, those will go into rotation to fill a 24/7 schedule. 3Net will benefit from the Sony Pictures library, the IMAX collection and from the production machine that helps fill Discovery’s 13-network stable.

Sony, Discovery and IMAX announced a programming line-up in October that included “Attack of the Giant Jellyfish,” “Cloudy with a Chance of Meatballs,” and “Africa in 3D” among others. Several more working series and movies were added in December. Three new titles were announced with the unveiling of the network’s moniker: “Experience 3D,” a working title, is a one-hour adventure series produced by Arena Films. IMAX is contributing “Hubble 3D.” “In the Qube 3D,” is from Sony, and “Wildebeest Migration,” from Discovery.

sets, some with Internet connectivity. The top-line models are the 1080p, 3D-synched, Wi-Fi-capable, Skype-equipped, Android-powered KDL-HX820s, in 46- and 55-inches. (Sony is a Google TV partner.)

Full HD,’ or 1920 x 1080 times two.” Dual lenses, sensors and processors facilitate 3D capture and glasses-free replay on its 3.5 inch LCD. A 3D “pocket camera,” the Bloggie MHS-FS3 (right), does HD and 3D video and 5.1 megapixel stills. The Cyber-shot line’s been upgraded with five new single-lens 3D models that will cost around $220.

A full product list as at SonyInsider.com.
-- Deborah D. McAdams