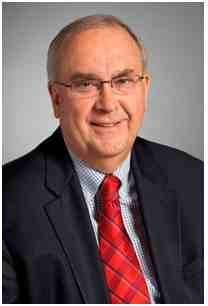 The recipients will be honored at the NAB Show Technology Luncheon, sponsored by Ustream, on April 10.

Established in 1959, the peer-nominated Engineering Achievement Awards are given for significant contributions to advancing broadcast engineering.

Adrick has been vice president of broadcast technology in the CTO Group of Harris Corporation since 2008, and he has been with Harris since 1996. Adrik previously worked as a professor of broadcast communications and director of radio and TV at Xavier University. He also served as an engineer and design consultant at radio and TV stations in the Akron and Cincinnati, Ohio, markets.

Charles Adrick contributed to the conversion to digital television in the early 1990s, and to the Harris/PBS DTV Express mobile demonstration system. He continues to work on the rollout of ATSC mobile digital television.

He has also led technical teams on broadcast system implementations worldwide and has participated in Society of Broadcast Engineers, SMPTE and NAB educational efforts. Adrick has served as vice-chair and on the board of directors of Advanced Television Systems Committee and chaired the Open Mobile Video Coalition Mobile DTV Forum. Aldrick also led the ATSC’s development of an EAS for mobile DTV.

Charles will receive an NAB Service to Broadcast Engineering award, honoring his “extraordinary service to the industry,” the NAB says. He is credited with serving his company and the Society of Broadcast Engineers. Charles has served on the SBE Board and as an Ennes Trustee, in addition to being named as a senior member, fellow and two-time Engineer of the Year.

Frank Foti Charles has also served on the FCC National Advisory Committee for the EAS, and improving the EAS and educating broadcasters about compliance is one of his best-known accomplishments. He has also served on the FCC’s Communications Security Reliability and Interoperability Council, the Wisconsin State Emergency Communications Committee and its Amber Alert Committee, the Dane County (Wis.) EAS Committee, the MSTV Engineering Committee and the NAB TV Technology Committee. Charles is also active in the Wisconsin Broadcasters Association and has chaired its Broadcasters Clinic.

Current Telos Alliance CEO Foti served as chief engineer at FM stations in the 1970s at WMMS/WHK in Cleveland, KSAN/KNEW in San Francisco and WHTZ (“Z-100”) in New York. He went on to found Cutting Edge Technologies, and in 1992, he merged with Telos Systems, rebranding his audio processing line as the Omnia Audio division of Telos. He is also a broadcast audio processing visionary, holding patents and creating innovations used industry-wide.