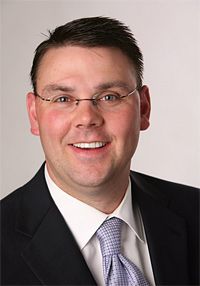 Brandon Meier
NORMAN, OKLA.—The University of Oklahoma (OU) is home to one of the most storied athletics programs in the country, so it's fitting that the OU athletic department would have a world-class video and television production operation. The department's in-house production studio, SoonerVision, produces more than 100 television programs each year, and runs the large-format video boards in our football, basketball, baseball, and softball arenas.

With the recent completion of a new, centrally located master control facility, SoonerVision is now a fully high-definition operation. The facility's control room is used to produce live, state-of-the-art game-day entertainment productions at six of OU's athletic venues spread across a 3,500 acre campus. Using a single control room provides a huge cost savings over separate control rooms at each venue. The system relies on connectivity via the campus-wide dark fiber network. To get our video on and off of the school's network, we rely on a suite of fiberoptic transmission equipment from Telecast Fiber Systems.

We use Telecast's SMTPE Hybrid Elimination Devices (SHED) to transport signals from our six Sony HDC-1400 cameras to any of the venues, and this also enables the cameras to be linked to their CCUs in the control room across campus, while being powered locally.

We also have three Sony PDW-F800 XDCAMs that are primarily used for ENG, and which can be added to a production with the use of Telecast's CopperHead 3200 camera-mounted transceivers, giving full studio capability to these camcorders.

We also have three Sony HD CP1 robotic cameras equipped with Telecast's T-POV fiber optic video/data transceiver links housed in ruggedized Mini-Mussel Shell field enclosures, which allow us to remotely operate and power the cameras to get unique points of view and camera angles. These T-POV units support Ethernet connectivity, providing us with full control of the cameras from existing Ethernet connections.

MAKING THE MOST OF FIBER

In order to maximize the capacity of our campus fiber infrastructure, we use Telecast Fiber Systems' TelePort CWDM multichannel management system. This enables us to multiplex eight camera chains onto just two fiber strands. We've also deployed two Telecast Python multichannel fiberoptic HD/SDI transport systems—one of these handles 16 camera feeds for broadcast support and the other transports four feeds to and from the big screens in each venue.

The new fiber-based infrastructure has been a big step up from our previous analog SD operation, which relied on coax cable connectivity to the football venue. The new fiber system is much smaller and provides us with much more bandwidth, enabling the transport of video, audio, intercom, tally, Ethernet, and data signals in a single, compact jacket. Further, fiber is immune to RFI and EMI, which eliminates noise and hum in our signals.

For SoonerVision, fiber has become an important lifeline for giving our fans the widest breadth of coverage from all of our sports venues—especially as we've gone to higher-bandwidth HD operations.

Brandon Meier is executive director of video production for the University of Oklahoma Athletics Department, on the OU campus in Norman, Okla. He may be contacted at bmeier@ou.edu.