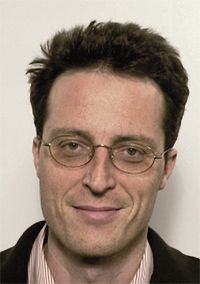 Nicola Cattaneo
LUGANO, SWITZERLAND—Radiotelevisione Svizzera di Lingua Italiana (RSI) is in the final stages of shifting to a totally tapeless environment. We manage a huge inventory of programming for two highly successful TV channels directed to the Italian-speaking audience in Switzerland, RSI La1 and RSI La2.

When it was time to move to a modern methodology for managing our program assets, we built on the experiences of other broadcasters, envisioning an integrated, enterprise-wide system that encompassed metadata organization, media movement, playout, and tracking across different systems. We also wanted a business-driven system that would recognize contractual and operational restraints and requirements from ingest through playout and eventually to nonlinear platforms.

AN ASSET ONLY PARTIALLY TAPPED

We quickly realized that ProConsultant Informatique's Louise, the business management system already in place for our traditional workflow, could also act as "master control" in the tapeless workflow which included Sony's Media Backbone Conductor that we were using to manage storage and to move media, and SGT's Veda playout automation.

Louise already housed our "business intelligence," which includes all rights control, usage constraints, metadata management, and scheduling. ProConsultant Informatique designed Louise with an advanced architecture and open standards, and its team is quite experienced in complex integrations. This flexibility and interoperability made it possible for Louise to manage all the elements of the file-based workflow at every stage, from the earliest proposal through broadcast, archiving, and other uses.

Our planners rely on many of the features in Louise to simplify tasks and save time. The system's automatic scheduling attribute allows them to enter all of the episodes of a particular series across the scheduling grid with just a few clicks. Automatic checks ensure that usage rights and stations' day and timing criteria are respected. Logo appearances entered in the grid as secondary events are automatically displayed on the TV screen as scheduled.

Louise helps us orchestrate activities for a smooth and fluid workflow throughout. The system notifies Media Backbone in advance that a certain title in an upcoming playlist needs to be retrieved, transcoded, and delivered to the playout system. Verification is issued to confirm that the task has been completed. If there were to be a problem in transcoding, for example, operators are notified. Another integration between the Louise viewer module and Sony's MB Explorer high-res viewer allows personnel to view media directly from within the Louise system and to automatically enter the correct timecodes for the different parts of the media.

On the playout side, schedules move automatically from Louise to Veda automation, and as-broadcast logs are reconciled. Critical financial information, including usage and amortization, is exported to ensure accurate payments and billings. Louise also communicates with the Fork Production Suite that's used to produce in-house programs, maintaining a record of clips used in finished programs. Louise also sends programming information to the press office for publication by media outlets.

From an operational and business perspective, our initial decision to install Louise has been reaffirmed as cost-effective and forward thinking. We're getting ready to move into HD in 2012 and are already planning to use Louise to manage content for CatchUp TV and for multiplatform distribution.

Nicola Cattaneo is CIO and head of IT at RSI, and during his 11-year career at RSI, has led many advanced broadcast and technical initiatives. He may be contacted at nicola.cattaneo@rsi.ch.

For additional information, contact ProConsultant Informatique at 404-920-0786 or visit proconsultant.net.