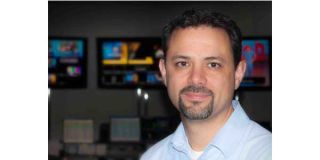 PITTSBURGH– WPXI is the NBC affiliate here and part of the Cox Media Group. While breaking news and weather coverage are certainly the focus of our news department, it doesn’t end there. Our staff also participates in a number of recurring assignments such as pre- and post-game shows for the Pittsburgh Steelers and an annual live parade covered in high definition. We also produce local shows for future football Hall of Famers Jerome Bettis and Hines Ward, and provide much of the content for Pittsburgh Cable News Channel. In addition, our news team produces the news for Fox affiliate WPGH-TV.

We stay busy tackling the challenges of seven hours of local, live news each weekday, and with a total of 46 hours of news coverage per week. The margin between first- and third-place in Pittsburgh’s local TV ratings race is about as narrow as it gets. Researching, testing and deploying technology that gives us an edge in that daily news gathering effort is one of my responsibilities.

NO STRANGER TO P2 CAPTURE

For the past several years, WPXI has outfitted its news photographers with Panasonic P2 HD camcorders—a variety of 2/3-inch, 3-CCD shoulder-mount models, including the AJ-HPX2000. We’re also finding a variety of applications for Panasonic’s AG-HPD24 P2 portable recorders.

The AG-HPD24 is a solid-state AVC-Intra recorder that features native 1080/24p recording with variable frame rates, a USB 3.0 interface, along with 24-bit, four-channel audio recording in AVC-Intra 100/50. With two P2 card slots and battery operation, the HPD24's half-rack design is very convenient for field production, and it’s really easy to transport as it weighs only 4.5 pounds.

As our photographers are experienced with P2 recording technology, they’re already familiar with the HPD24’s menu controls. Little or no training is needed, and that’s a real plus, as training time is at a real premium.

When the station made the decision to produce the Jerome Bettis show in HD, the HPD24 was an essential part of that move., as we needed a high-capacity, off-line recorder for long-form high-definition capture and also to allow us to ingest only what we need into our NLE.

We’ve equipped our satellite truck with the P2 recorder and anticipate eventually having one in each of our microwave trucks. We like the simplicity of the HPD24 as a field recorder, with its HD-SDI in/out and HDMI out, along with its continuous recording time on a single of more than an hour.

When used as a basic card reader, the recorder provides a fast way to access media. We’re able to mount the MXF files and immediately begin editing breaking news (WPXI uses Avid Media Composer in the field and NewsCutter in the building).

We’ve also found an application for the HPD24 in the broadcast operations center. It functions as a serviceable replacement for an older, HD VTR. Our station automation communicates with the P2 recorder through standard protocols. Eliminating the repair and maintenance costs of the older product has already paid for one of our P2 recorders.

Brian Krills has been with WPXI television for the past eight years. He may be contacted at bkrills@wpxi.com. For additional information, contact Panasonic at 877-803-8492 or visit www.panasonic.com/broadcast.