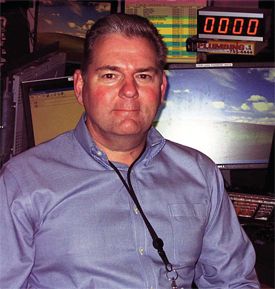 Craig Porter
SAN FRANCISCO—KRON-TV is part of the Young Broadcasting station group and airs more than nine hours of news daily. In connection with our extensive news production, we value efficiency and flexibility in creating broadcast graphics. We've relied on Chyron systems for years, and for the past seven, we've been using the company's HyperX graphics system along with their Camio news graphics management system, integrated with our AP/ENPS news production system and Chyron's iSQ remote monitoring and playout application.

Our goal in implementing these systems was to give our editorial staff as many authoring tools as possible. By enabling graphics creation throughout the newsroom, we could create more graphics faster, and, in turn, improve the quality of our product. Rather than spend time writing up a graphics request, a news producer can actually create the required graphic in essentially the same amount of time it would take to fill out the form. This eliminates a potential bottleneck in the workflow, increases overall capacity, and gives our staff the versatility to create new graphics as news develops.

Chyron systems provide the real-world functionality that we need, and they do it well. During the 2002 NAB Show, we visited each graphics vendor and asked them to create an over-the-shoulder graphic from an image on the Internet. At the time, we were planning to upgrade Chyron's iNiFiNiT! system and I wanted to be sure that the vendor we chose could meet the demands of next-generation news production. Other systems failed to create a graphic within a reasonable time frame; however, the Chyron Camio system easily delivered what we were looking for in less than a minute.

The integration of Camio with AP/ENPS works fabulously well in creating graphic elements required for our news programming. Training new staff on the system is also easy; they pick up its ins and outs very quickly. And with access to all the tools they need, they're able to create most of the graphics we need.

We run two dual-channel HyperX systems, which make four channels available for graphics and clip playout. In our control room, Chyron iSQ allows directors and TDs to see what is cued up on each channel. As we've set up iSQ to operate independently of our Ross automation and ENPS system, the control room benefits from the efficiency automation brings, without sacrificing the flexibility to adjust the timing and sequence of graphics playout. It's really great in our live workflow. The conventional wisdom is to turn control over to news production automation, but that can restrict your flexibility in handling graphics for breaking news.

By using these Chyron tools, we've increased our flexibility and capabilities without increasing the workload for ether the newsroom or control room staff. As a result, our news department has the graphics it needs and our on-air product remains rich in graphics and highly competitive.

Craig Porter has worked at KRON-TV since 1986, and has served as director of engineering of broadcast systems at Young Broadcasting for the past five years. He may be contacted at porter@kron4.com.