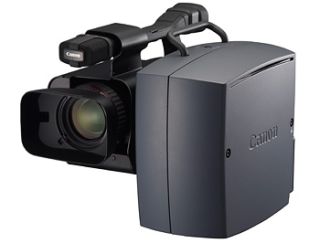 Both cameras are equipped with three 1/3-inch (1.67 million-pixel) CCD sensors (1440 H x 1080 V) and also feature Canon’s Auto Focus function and its image stabiliser technology. Imaging capabilities are further enhanced with a newly designed Night Mode feature that works by slowing down the shutter speed to a minimum of 1/4 (60i, 30F) or 1/3 (50i, 25F, 24F) allowing frame accumulation that elevates camera sensitivity. The indoor version also features a built-in microphone.