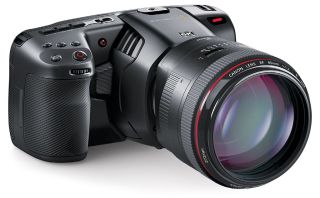 This story was originally published in TVT's March print issue, previewing the 2020 NAB Show. As of March 11, the NAB Show has been postponed indefinitely.

Camera technology has seen a rapid transition from purely HD acquisition to 4K. In fact, the transition from HD to 4K was a far more rapid one than from SD to HD. Most of us can remember lengthy discussions about whether any of our clients or broadcast outlets “really cared” about HD sufficiently for a complete upgrade of systems practically from the ground up. But as we look at trends over the years, HD happened, 3D failed, and now 4K is being augmented with the dissemination of 4K HDR and even 8K is on the table.

I’ve always remarked that NAB follows CES not only in the calendar year but also in terms of what the content delivery manufacturers and vendors show at CES. Driving a market for consumer demand in turn drives the acquisition and delivery chain of vendors and creators to satisfy that demand.

Topping the list of camera advances is HDR, according to Rob Wilcox, director of marketing for Sony Electronics.

“HDR is now ubiquitous in our broadcast studio and our shoulder camcorder lineup,” Wilcox said. ”All cameras are now CMOS, with the high-end equipped with global shutter technology. This means that they can handle lighting and other image magnification-related issues as well as the best generation of CCD’s.”

Wilcox said Sony has collaborated on HDR workflows with many customers, presenting a number of proposals to sports producers.

”HDR is rapidly gaining traction and our task is to simplify the workflows as much as possible for today’s craftspeople to be as comfortable as they are with SDR production,” he said.

Another popular trend is the transition from 1080P to higher resolutions, Wilcox added.

“Our customers are also demanding 1080P HDR solutions with a path to 4K,” he said. “We offer studio and shoulder cameras that have 1080P, Rec. 2020 colorimetry, HDR, 4K and 1080P outputs at multiple pricing/performance levels.”

“We have seen keen interest in our PXW-Z450 and PXW-750 4K 2/3-inch shoulder camcorders,” he said. “The cameras are ultra-feature laden with beautiful image capture capabilities. The ability to use 2/3-inch lenses means that many of the long reach lenses used in natural history production can now migrate to 4K camcorders. Two-thirds-inch for many is more versatile than trying to re-create their production using 35mm systems.

“Another exciting facet is we can offer 2x, 4x, 6x, 8x, and even 16x super motion on a variety of platforms,” Wilcox added. “Many sports content creators are running most of their game cameras at 2x now. With the introduction of the HDC-P50 box camera, we can offer a system that goes to 6x at a very reasonable cost. This will enable college and regional sports to get the type of storytelling tools that the majors enjoy.”

The new SMPTE 2110 video transport over IP standard has been incorporated into Sony cameras as well, Wilcox said.

“We can configure our new flagship HDC-5500 system to image up to 8x over IP using SMPTE ST 2110,” he said. “This offers incredible image quality along with the versatility of IP for OB. All of our HDC-level studio cameras now have built-in HDR and optional IP capabilities. Also, all of our professional studio line-up have a path to 4K, either through native imaging or conversion from 1080P.”

8K is another tool that will have its place as producers discover its possibilities in today’s lower resolution productions, according to Wilcox.

“One application is creating content for our NAB centerpiece, a native 8K resolution OLED display,” he said. “The images created by the UHC-8300 3 CMOS at 8K 120P are breathtaking.”

Mirrorless camera acquisition now pervades every level of production from new media to broadcast to even cinema, according to El-Deane Naude, senior product manager for Sony Digital Imaging.

Sony offers an APS-C sensor as well as full frame options with up to 4K UHD resolutions in their Alpha series. Naude notes, however, that Sony is not seeing demand for 8K in either the mirrorless or Super35 series of camcorders such as the FS-5 or FS-7 series. Yet these larger sensor cameras are beginning to find their way not just into scripted production or unscripted reality TV but even into ENG uses.

To reiterate a point made by Wilcox, though, it is significant to note that despite the miniaturization of cameras used for field acquisition, the three-chip 2/3-inch cameras are alive and well.

Particularly in ENG, there is often little incentive to move beyond a technology that simply works. As more than just an interested observer, I always seek to edge just a little closer to ENG crews on the street just to see what they are shooting. And I still see more than a fair share of 15-year-old optical disk-based cameras still shooting 1440 resolution. Why? Because it is such a viable workflow for quick ENG turnaround and archiving on disks that in many cases are actually cheaper than Betacam or DigiBetacam tapes (remember those?).

Of course, trends move on and older gear and infrastructure does and will continue to need replacement. Development of future 8K applications continues, spurred on not just by the introduction of 8K televisions at CES (for which there is at the moment a lack of content) but also by the upcoming Tokyo Olympics.

Many of us NAB attendees remember the Hitachi-NHK technology demo several years ago in the Hitachi NAB booth and are aware of even on-air experimentation in Japan of 8K broadcast. John Humphrey, vice president of business development of Hitachi Kokusai Electric America noted that the move to 4K is more on the immediate horizon with 8K a more distant target.

“Hitachi Kokusai continues to be a world leader in the continuing development of 8K camera technology, from our first commercial 8K camera many years ago to a brand new high speed 8K camera developed for the Tokyo Summer sporting event,” Humphrey said. “In terms of widespread market demand, however, we see 8K to be further out.

“In fact, we’re still seeing some very high-profile events being produced in 1080P with HDR and upconverted to 4K for delivery, rather than natively acquired and produced in 4K,” Humphrey added. “With native 4K acquisition and production still in a growth phase and not yet truly the norm, we expect it to be a while before 8K really takes off.”

Dave Van Hoy, president of systems integrator Advanced Systems Group agreed that 8K is on the horizon but not commonplace yet.

“In acquisition, 8K is definitely a trend, in live production, [but] it’s not a real thing yet,” he said. “4K is a done deal, but I have had no requests yet for attempting to do anything in the world of 8K live production.”

In trying to get a feel for trends in lens technologies, we spoke with Fujinon Director of Marketing Tom Fletcher who sees the Tokyo Olympics as driving demand for 8K cameras and lenses but for more general applications, Fujinon is looking for ways to enhance communication between cameras and lenses in such areas as exposure, autofocus, metadata, and stabilization.

Canon has teased us with the 8K mirrorless EOS R5 which, while just in the development stage, indicates that manufacturers feel the need to position themselves for greater than 4K resolutions. Indeed the Sony Venice, Panasonic EVA-1, Blackmagic Pocket 6K and Red cameras to name a few, are already shooting at beyond 4K resolutions, destined at this point much more for the new media or cinema market.

While at this early date, specific product introductions are premature and we will have to wait until the NAB Show itself or the few weeks before for any inkling of new products, it’s plain that 4K and HDR are the immediate focus with 8K more distant in the broadcast world but an increasing part of other deliverables.