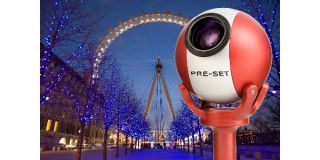 LONDON: Over 130 outside broadcast specialists including climbers, installation technicians and system operators will be fielded by Camera Corps during the Olympics in London.

“Our crews will be grouped into 21 teams operating across some 30 locations in and around the metropolis as well as venues in Coventry, Manchester and Weymouth,” said comments Camera Corps founder and Managing Director Laurie Frost.

“Some idea of the scale of our activities can be gained from the fact that we will be bring specialty television images from 20 distinct events including aquatics, athletics, archery, basketball, cycling, BMX, beach-volleyball, Lee Valley canoeing, mountain biking, equestrian events, fencing, football, gymnastics, handball, hockey, outside races, rowing, sailing and shooting.

“We will also be positioning beauty cameras in a wide range of locations to provide cut-away and background options as part of available video feeds. The equipment we have assigned to the London events includes nearly 200 cameras and a huge inventory of lenses, robotic heads, jibs, Polecams, dolly mounts, tracks, wireless links and control systems.”