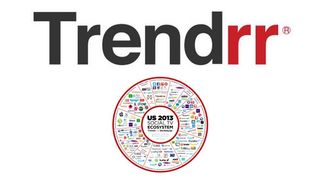 Twitter has always had its own in-house dedicated analytics software to track trends and tweets. But this week the social media giant made another big leap to social media TV tracking when it acquired the company Trendrr. Although social-TV rankings may trail compared to the widespread analyzing of companies like Nielsen, it’s clear the future is pointing to a new form of social data analytics and insights.

Trendrr tracks television conversation in real time — on all major shows and networks. Trendrr aggregates from many sources, including not only Twitter, but also targets such as Facebook, GetGlue and Viggle. The company processes more than 10 million social activities a day, around the clock, and supports multiple languages and territories. They are broken down between cable TV shows and broadcast shows, detailing the unique messages and also the amount the show information has been shared or retweeted.

The information is important for several aspects and leveraged against older-style TV tracking. First it is immediate and real time. Also, on a wider view, it can show trends, those upcoming and also those cooling off. Most importantly, it can allow tracking of out-of-the-blue events, such as the recent movie Sharknado, the Syfy Network low-budget shark disaster movie that caused a huge wave on Twitter from celebrity and civilian tweeting. Twitter needs this information to engage up-to-the-minute advertising. Now that Twitter has its advertising model up and running, it can react more immediately to growing trends that happen on the spur of the moment. Networks can now take advantage of these instances and trigger ads as trends begin to crest, all designed to keep the flow going.

Trendrr has been around for 5 years, and has focused on the intersection of social media and TV. Twitter is positing itself to be at that same sweet spot, and has made changes and acquired companies that tie into that mission. Heading into the Fall TV season, the timing is right. Twitter continues to be focused on Hollywood, the TV and movie industry, and teaming up with Trendrr is another step in that direction. Other companies and services such as Google, Microsoft, Facebook, Apple and others are not as focused on the social media and TV intersection. But perhaps they should. Twitter is gaining a large head start into what could be an even larger field in the next few years.