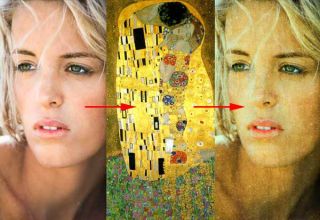 Los Angeles, CA - February 2, 2011 -Digital Film Tools, developer of visual effects software, today announced the availability of PhotoCopy. Pho•to•copy (foh-tuh-kop-ee) creates a photographic reproduction of a printed or graphic work made with a process in which a new image is formed by the action of proprietary image analysis, color, texture and light. Whether it's still or moving images, the key attributes are copied from one image and applied to another. "Digital Film Tools painstakingly analyzed the brightness, color, tone, detail, grain and texture of some of the world's greatest movies, paintings, photographs and historical photographic processes. The DNA of these masterpieces can now be applied to your very own images with PhotoCopy. The color, tone and brightness of the original work are replicated while the texture, grain and detail are simulated," comments Marco Paolini, Founder and President, Digital Film Tools.

Blade Runner, Frankenstein, Gone with the Wind, King Kong and The Lord of the Rings

* Choose from 72 paintings from artists such as Cezanne, Chagall, Greco,

* Select from 40 photographs by various masters of photography including Abbott,

* Try one of 30 historical processes, some of which are Ambrotype, Cyanotype,

* Create custom presets from your own images

* Add a vignette to any preset

* Modify images with presets or sliders