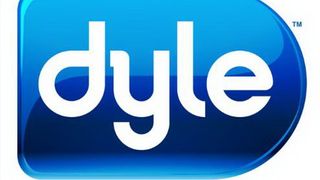 Dyle is a consortium of many different broadcast enterprises unified with a common goal of bringing live TV to portable devices such as smartphones and tablets. A major market getting on board is KHOU in Houston; it could be a prime proving ground to gauge consumer acceptance. But is the public ready?

Major cities are getting on board with Dyle support, and Houston, Texas is about as major as you can get. KHOU is committed to offering OTA programming to consumers on portable devices, and has even put instructions and FAQs on its official station website. The initial buffet of networks is fairly small — basically a few including NBC, FOX, CBS and Telemundo — but the fact is, people can watch these all day for free on whatever portable unit they want.

KHOU is suggesting that the Elgato EyeTV device is a good choice for iPads and iPhones, and it is indeed one of the first major Dyle products out of the gates. It’s important to note that Dyle does not require the Internet, so once the hardware is in place (EyeTV, for example, is an attached device) consumers can watch live TV over the air. In a time where bandwidth caps are leveled, and broadband can sweep up and down as far as speed rates, depending on how many people are on, it’s a major selling point to people that OTA TV is handled completely separately. Dyle is doing its part by cross promoting recent cities supporting the service; it has been sending out tweets about the service in Houston, and also alerts followers in new Dyle markets such as Orlando.

It will be telling to watch how Dyle succeeds in major markets. With a huge amount of iOS devices in major cities, and a low barrier of entry for add-on hardware (about $100), OTA TV on devices could take off. The real step will be when more devices are certified Dyle and have the hardware actually built in. Buying a separate unit is a decision, but using something free that is already built in can be a no brainer. KHOU is enthusiastic with its Dyle support, and as long as other major broadcast providers share the word, Dyle has a good chance of gaining traction in the coming months.