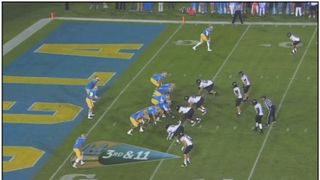 The Vector 750i from Vinten, part of Vitec Videocom, a Vitec Group company, is becoming an integral part of virtual sports broadcast graphics.

Real-time on-screen graphics pioneer SMT (SportsMEDIA Technology), Durham, NC, cites the Vinten Vector 750i encoded pan-and-tilt head askey to the company’s ability to produce its virtual graphics product and service offerings that have become staples of sports broadcasts. These include SMT’s virtual first down line for football and SMT’s virtual telestrators, which allow color commentators to diagram plays over live or replayed video.

Vinten’s Vector 750i pan-and-tilt heads provide 1 million data points through 360 degrees of pan or tilt motion. This high degree of exacting accuracy allows the SMT graphics-rendering engine to put such graphics in rock-solid position on the field.

Any perceived motion in the first down line destroys the illusion that it’s actually part of the field. The goal is to make the first down line look as though it’s painted on the field just like any other yard line or field marker. To accomplish that task, the first down line must remain still, even as the camera is panned, tilted and zoomed. The high resolution of the 750i encoded pan and tilt head is required to allow SMT’s rendering engines to maintain that illusion.

Previously, SMT had to retrofit a head with a bulky encoder on the outside, making for a much larger package that intruded on the space of the operator. The 750i is transparent to the operator and is built to feel and perform just like Vinten’s non-encoded Vector heads.