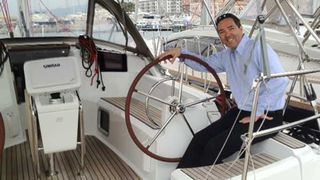 PlayBox Technology has supplied and installed an EdgeBox remote playout system for the Nautical Channel to feed DISH in Cheyenne, Wyoming, USA. Nautical Channel is the only international 24/7 nautical sports and lifestyle channel in the world.

The channel caters to a local and worldwide audience and is available to approximately 15 million subscribers in more than 35 countries in English, French, Italian and German.

The EdgeBox now operating at WRN Broadcast in London includes 1+1 AirBox playout servers along with other equipment. It is operated and supplied with all program material, local channel branding, schedules, etc., via the Internet, where program contributions from around the world are accepted, edited and aggregated.

The channel is relayed via fiber to New York and then onward to DISH in Cheyenne, Wyoming. The EdgeBox installation is a fundamental part of the Nautical Channel’s USA strategy of reaching over 70 million boating enthusiasts.

WRN Broadcast provides the channel with turnkey distribution solution, including the necessary standards conversion and encoding as well as additional broadcast support and on-hand technical expertise, which will ensure seamless transmission in the U.S.

The deal between the Nautical Channel and WRN is to provide fiber distribution to the U.S. for three years, with supporting data center and content management services. With WRN Broadcast’s extensive fiber network in place, the broadcaster also has the option of a presence at 60 Hudson, the major U.S. distribution hub, which could prove instrumental as the channel’s development plans in the U.S. move forward.