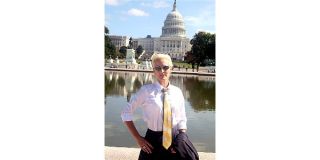 SAME, SAME: Here’s the latest on the spectrum front. Verizon Wireless announced it would sell its former TV spectrum so it can buy better surplus spectrum from cable operators, while federal regulators in charge of managing the spectrum in the public interest mapped out a $300 million slush fund for mobile operators unwilling to serve rural areas without being subsidized.

In other words, more of the same.

Verizon, chief architect of the spectrum “crisis,” or “crunch,” or whatever it is... announced its intention to sell off the spectrum it bought in the 2008 700 MHz auctions—the airwaves formerly occupied by analog television. If you recall, the digital transition was devised so that wireless companies could take over TV Chs. 52-69. The transition wasn’t advertised that way, but when you boil it down to brass tacks, that’s what you have left. So anyway, Verizon is offering up the 700 MHz licenses for which it paid $4.6 billion in 2008, in order to get regulatory approval to buy a $3.6 billion chunk of 1.7/2.1 GHz spectrum from a group of cable companies, and to go into megabusiness with Comcast.

The gambit is practical on many levels, because it allows Comcast to bundle cellphone service with its massive wired footprint and further leverage its significant content holdings. Verizon, in turn, gets the marketing deal of the century and spectrum more suited to its needs. The higher frequency spectrum is better for wireless services in metropolitan areas, while the 700 MHz UHF spectrum is more “attractive for wide-area coverage in rural areas,” says RF expert Doug Lung.

One could deduce from this move the extent of Verizon’s intent to bother with rural areas, but we all know such things do not occur without a significant taxpayer shakedown. Hence, the $300 million rural mobility service slush fund that grows to half-a-billion a year for ongoing support, Grant Gross writes for IDG.

This charter was written long before cellphones existed and refers primarily to broadcasters, but it remains in place. It’s right there on the FCC website describing the public interest obligations of broadcasters. In exchange for 6 MHz, a broadcaster has to first of all build a TV station and a transmitter facility within a given period of time. The licensee must then provide a minimum amount of local news, political coverage and children’s programming; keep track of it all in a public inspection file; and conform to the local perception of public decency.

The FCC once deemed this most effective way to rapidly create an “efficient, nationwide, and worldwide wire and radio communications service with adequate facilities at reasonable charges.” Now, it apparently does not, but instead considers the deployment wireless broadband to be the most effective means to fulfill its national duty. That may be the case, but if wireless broadband is to displace broadcast TV as the national communications medium, where are the public interest obligations, and precisely how will “reasonable charges” be calculated?

The two biggest wireless carriers in the United States raked in $60 billion during the first three months of this year. For that, they cannot be compelled to build out rural areas in return for making $27.5 million an hour from the “public” airwaves?

I get that the wireless providers “buy” their spectrum licenses as opposed to broadcasters, who pay fees, obey rules and build facilities in order to be granted spectrum licenses. And maybe therein lay the problem with spectrum policy as it is. The current framework for managing spectrum is coming to resemble OPEC, with big media companies buying and selling the public airwaves like a commodity, and the public ending up getting double-taxed for it through user fees and an indecipherable layer of subsidies.

If there were even so much as a hint of concern for the “public interest” in spectrum policy, Congress would have demanded an inventory and a virtual rewriting of management policy that subjects licensees to similar obligations and curbs commodity plays. But like nearly everything else that emanates from Washington, D.C., the public interest is merely a political stratagem rather than a principal. So when free TV is eliminated and we can no longer buy standalone broadband, television or cellphone service, let’s not be surprised.
~Deborah D. McAdams