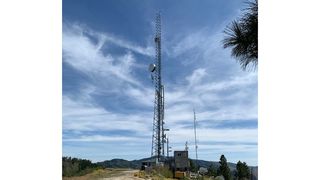 As the new era of NextGen TV beckons, there’s a once-in-a-lifetime opportunity to utilize this expansive new technology to really help millions of Americans—and it’s not the millions who live in urban areas. While it’s the big cities of our country that get most of the attention, there are hundreds of smaller cities whose citizens live in a “television desert.”

Many cities and towns in America have only a single local TV signal, importing network programming via long-distance cable and satellite feeds. Now that ATSC 3.0 has begun its march across America, there’s a real opportunity to hitch our future to a powerful stagecoach—particularly for viewers in mid-sized and small markets.

The FCC’s “broadcast internet” ruling and proposed rulemaking, which the commission will consider at its June meeting, is one step in the right direction. But I think even more regulatory weed whacking is needed to help our small towns. The problem for the rest of America is too many regulatory burdens that hold back a radically new and dramatically competitive market opportunity.

First, kudos to the FCC for acknowledging that low-power TV broadcasters can be champions of this new technology. We heartily agree with the commission’s initial notice that ATSC 3.0 could be used “to provide non-traditional broadcast video services such as video-on-demand or subscription video services and new, innovative non-broadcast services.”  Yes, exactly!

In Boise, Idaho (Nielsen market 100—with 273,500 homes), Edge Networks is “on the air” now testing how a pair of low-power stations could provide 4K programming and dozens of other channels to future viewers. We’ll be launching a new service called “Evoca” (as in “evocative”) in Boise later this summer, with big plans to combine over-the-air with over-the-top video sources. Our all-IP, converged, streaming video platform is exactly what the ATSC 3.0 founders had in mind, I believe.

But the FCC could do even more to open up more options for viewers. Broadcast has always been and will always be the most efficient way to reach American homes. And the IP-based ATSC 3.0 system can do even more.

The FCC has asked the questions, so here’s what I recommend to jump-start the deployment of ATSC 3.0 across the fruited plain:

Let’s not leave the benefits of ATSC 3.0 to just the big cities. This fantastic new technology has great potential all across America. And it’s time that we realize what opportunities are ahead with IP-based broadcast television than can truly bring a better, less expensive option to America’s viewers all across the country.