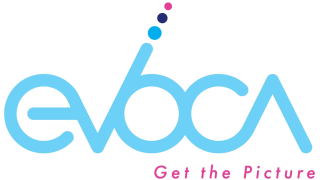 BOISE, Idaho—Edge Networks has announced the summer 2020 launch of its MPVD competitor Evoca subscription television service that promises to deliver more than 80 TV channels to homes over-the-air via ATSC 3.0 for less than half the price of a typical cable TV bill.

Edge Networks will transmit news, sports, local and live TV channels in its HD and 4K channel bundle for under $50 per month to subscribers equipped with a TV antenna and proprietary receiver, it said.

The company will leverage the data throughput capacity of ATSC 3.0 and the encoding efficiency of HEVC to deliver its sizable channel bundle to subscribers, said Todd Achilles, president and CEO of Edge Networks, during an interview in January at the 2020 International CES in Las Vegas.

“Where we intend to be,” he said in January at the consumer electronics convention, “is an equivalent bundle of channels that you get from the cable company with higher quality at half the price.”

At the time of the interview, Achilles envisioned being able to offer 40 720p HD channels via a single 6 MHz TV channel allotment by taking advantage of ATSC 3.0. In January, Edge Networks was already on-air multicasting a 4K UHD 2160p channel and a 720p channel using ATSC 3.0 as it began its preparation for the Evoca launch, he said.

The company, however, won’t stop with the Boise market. Other second- and third-tier TV markets are targeted for Evoca service launches, including Bozeman, Mont., and Twin Falls, Idaho. Ultimately, Edge Networks plans to take its wireless subscription channel bundle nationwide, using—depending  on the market—big sticks, a single frequency network or a combination of both, said Achilles. In Boise, Edge Network is using a big stick.

The company also plans separately to provide conventional internet service in some of Evoca markets, he added during the interview.