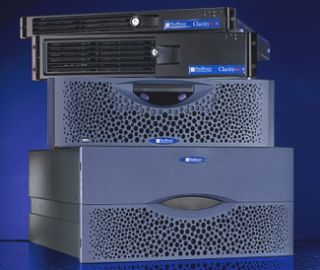 BURBANK, CALIF–Chicago-based Weigel Broadcasting Co. has selected Clarity graphics systems from Pixel Power for several key deployments, including the launch of the company’s news operation at ABC-affiliate WBND-TV in South Bend, Indiana, as well as upgrades to the news production facilities at Weigel stations in Chicago and Milwaukee.

“We had hit a wall with the old graphics systems we were using in our stations, so when we decided to introduce news to South Bend, we took the opportunity to look in a new direction,” said Kyle Walker, Director of Engineering for Weigel Broadcasting Co. “Pixel Power Clarity integrated easily with automation and other key systems, enabling us to make the aggressive schedule that we set for WBND. The staff loves working on Clarity, so they were up to speed quickly. Clarity is extremely robust and reliable—it is one system we simply don’t have to worry about. Best of all, our competitors were shocked at the level of sophistication we brought to air.”

After making the decision to add news to WBND, Weigel planned to be on air in less than six months. In the interim, the company selected a new building for its facility, drew up its plans, purchased equipment, deployed the systems and trained staff.

Technical Director Adam Payne said, “Pixel Power makes it easy for me to maintain quality control over contributors to our news programs. Overall, Clarity is highly intuitive to anyone familiar with graphics and we are able to create graphics very quickly in response to any requirement. This is a great platform to build on.”

“Weigel needed everything related to graphics, from installation to its first broadcast, to be right the first time and Clarity delivered,” said Pixel Power CEO Pete Challinger. “That the same system meets Weigel’s requirements in both small and large markets reflects the high level of functionality we have built into Clarity.”