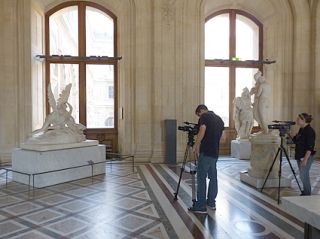 Marketed as a 24/7 luxury lifestyle network, WealthTV currently offers 3D video-on-demand programming with plans on launching proprietary 3D broadcasts later in the year. With its latest purchase, the total of AG-3DA1’s in operation worldwide comes to 15.

WealthTV regularly dispatches film crews to various extravagant destinations around the world, most recently Paris’ Louvre Museum. Other notable locales include Machu Picchu, Peru, the Alhambra in Spain, Cuba and the island nation of Seychelles.

“We value the Panasonic camcorder for its small size and simplicity of operation,” said Robert Herring, Founder and CEO of WealthTV, in a press release. “The 3DA1 is more reliable than beam splitter rigs, and it carries a very affordable price tag. The camcorders have been perfect in the field, and we can make real magic for the consumer in the edit bay.