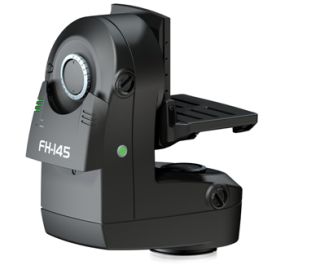 ICE (Intelligent Control Engineering) technology, which delivers unprecedented control and accuracy in an innovative and highly compact form, is incorporated into the new FH-145 and FHR-145 heads.

The ICE platform provides a motion control system and drive train within the heads to deliver both the fastest and the slowest broadcast quality movement. The ICE motion control system is also able to drive a wide range of full-servo broadcast lenses using analog, digital or hybrid control modes. The ICE platform harnesses IP technology, allowing control from either the Vinten Radamec VRC or LCS systems over a standard ethernet infrastructure.

The FH-145 and FHR-145 heads are built on Vinten Radamec’s FH-100 and FH-120 models, and represent the next generation of the company’s heads. The FH-145 and FHR-145 offer the same high performance and manual and robotic capabilities, with enhanced aesthetics and ergonomics including tilt lock for added security, and a re-configurable mounting cradle to suit a wide range of camera, lens and accessory payloads.

Karen Walker, commercial manager, Vinten Radamec, says: “This launch signifies the evolution of our product range. We have taken great pride in perfecting every aspect of the design and performance of these heads so they incorporate all the successful elements of the popular FH-100 and FH-120 models with the additional new motion control platform.

“The next generation heads are just the beginning of our new advanced technology, and we are expecting to launch a full range of ICE based products during the next 18 months.”