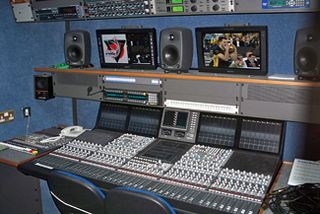 As part of its transition into HD broadcasts, Dubai Media said it has equipped its two new remote trucks with 32-fader C100 HDS consoles from Solid State Logic. The remote equipment will be mostly used to transmit live HD coverage of one of the United Arab Emirates' favorite pastimes — horse racing.

The HDS consoles will be used primarily for telecasting races at perhaps the most lavish facility of its kind in the world — the new $1.25 billion Meydan Racecourse. Dubai Media also covers other local and international sporting events in and around Dubai. The remote trucks were equipped with the SSL HD consoles after similar equipment was installed in the network's main Dubai studios more than a year ago.

In a city and country that rarely skimps on extravagance (despite some recent financial setbacks in one of it nationally owned corporations), the Meydan Racecourse is no exception. The racing facility covers more than 76 million square feet. Its grandstand is more than a kilometer long, and seats 60,000.

But wait, there's more. This being Dubai, the grandstand also houses a five-star hotel, nearly a dozen restaurants, an IMAX cinema, one rooftop swimming pool, a museum, and the Dubai Racing Club. (How much to join? Like they say, if you have to ask…)

Dubai Media (parent company of Dubai One, Dubai TV, Sama Dubai, Dubai Sports Channel and Dubai Racing), is owned by the Emirate of the Dubai government.