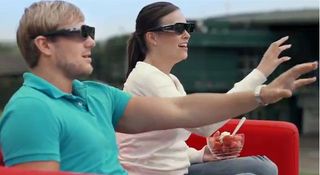 TOKYO: Six broadcasters in as many countries and theaters in at least 22 will carry 3D coverage of the Wimbledon Championship tennis matches, Sony said this week. Sony partnered with the BBC and CAN Communicate of Richland, U.K., to produce the men’s semifinals and final, and the women’s final in 3D.

Sony said that as of June 20, 2011, broadcasters in the United Kingdom, United States, Germany, Italy, Netherlands and Sweden confirmed that they would conduct live broadcasts of Sony’s 3D Wimbledon production. The company didn’t specify networks, but ESPN 3D is the U.S. carrier and the BBC will run the 3D feed in the United Kingdom.

Theaters in 22 countries will carry live 3D coverage of the matches, scheduled for July 1-4. As of June 20, 2011, Sony said Wimbledon would be shown in 3D on more than 170 screens in the United Kingdom, Ireland, Spain, Italy, Norway, Greece, Turkey, Portugal, Belgium, Germany, Austria, the United States, Canada, China, Hong Kong, Indonesia, Brazil, Chile, Colombia, Ecuador, Peru and Uruguay. It said negotiations were ongoing with broadcasters and cinema houses in other countries and regions, “so the number of countries and theaters where broadcasts and screenings are available is expected to further increase.”

Sony posted a cinema finder online. More than 50 U.S. theaters are listed so far, including screens in: