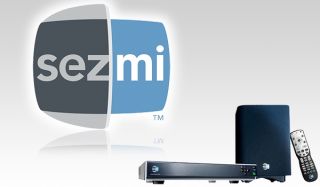 BELMONT, CALIF.: Sezmi is killing its consumer wireless cable offering today. The company informed its subscribers over the weekend.

“We regret to inform you that Sezmi is discontinuing its consumer service,” the company said. “As of Monday, Sept. 26, 2011, you will no longer be able to view or record broadcast TV programming through your Sezmi system.”

Sezmi offered packaged programming similar to cable and satellite, but delivered over broadcast TV spectrum. It beta launched in 2009 in Los Angeles and San Francisco, and later added 36 more markets. Marketing was minimal, the company never released subscriber numbers, and it appeared to struggle from the get-go. Current subscribers will continue to be able to watch the content stored on their set-tops, and to access free video-on-demand material through Nov. 1.

The company intends to focus on selling its platform to broadband providers, which it started doing a year ago after the domestic consumer service stagnated. The Sezmi platform was adopted by a Malasysian ISP in October of 2010 for delivery of TV and Internet video. Grupo Iusacell, Mexico’s third-largest cell phone service provider, agreed to adopt Sezmi’s platform last April.

Sezmi rose up in the wake of the U.S. digital TV transition, aggregating channels on TV spectrum much the way a previous start-up--USDTV--had done. Salt Lake City-based USDTV launched service in 2004 and closed up shop in 2007 after filing for bankruptcy. USDTV’s strategy was to lease bits from full-power TV stations, which at the time were broadcasting both analog and digital signals, and not much in the way of digital subchannels. USDTV packaged broadcast and cable channels for around $20 a month and offered Starz! for a $7 upcharge. WalMart carried the set-tops, which retailed for about $100 with a USDTV subscription, or for around $200 for use as a standalone DTV receiver. It managed to attract 14,000 subscribers before folding.

Sezmi came in behind USDTV with an offering to be delivered either over broadcast airwaves or via broadband, to a set-top deck with 1 TB of storage, for up to 1,000 hours of programming. Sezmi’s co-founders, Phil Wiser, formerly of Sony, and Buno Pati, raised more than $95 million from private equity investors. Former Sony and NBC news chief Andrew Lack is on the board of directors.

Sezmi launched pilot programs in November of 2009, in Los Angeles and San Francisco. After a three-month trial period, the service was $5 a month for broadcast and online content; and $20 for a tier that included cable channels, plus incremental fees for video-on-demand. The set-top and remote started at $300 but dropped to $150 within the first year. Sezmi launched its limited $5 service in 36 more markets, but the cable suite never grew beyond Los Angeles. Sezmi killed the $20 cable tier in December of 2010, leaving only the $5 package of broadcast and Web material, until today.