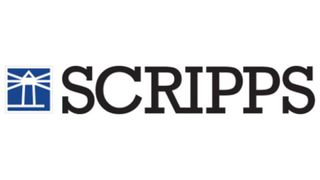 CINCINNATI—The E.W. Scripps Company has announced that it has acquired the national broadcast network Ion Media for a price of $2.65 billion. The deal will combine Ion with Scripps’ Katz networks and Newsy, creating a national television network business, according to Scripps announcement.

Berkshire Hathaway, which is owned by Warren Buffet, is supporting the deal by investing $600 million in Scripps.

Scripps is purchasing Ion from Black Diamond Capital Management. Ion Media is a national TV network offering primarily popular crime and justice procedural programming, with a reach of more than 100 million homes, per Scripps, with licensed TV stations in 62 markets that it owns as well as 124 affiliated TV stations. Ion elects government-mandated must-carry provisions for cable distribution rather than negotiating retransmission revenue.

“The evolution of Scripps’ national television network business, through the combination of Ion, the Katz networks and Newsy, repositions the company in the television landscape,” said Adam Symson, Scripps president and CEO.

“For more than 70 years, Scripps has been dedicated to local broadcasting and the markets we serve with an unparalleled commitment to quality objective journalism, community service and stewardship of the public’s airwaves,” continued Symson. “Now, with this national broadcasting acquisition, Scripps will be the largest holder of broadcast spectrum, poised to take an even greater leadership role in the development of future business models that leverage ATSC 3.0 and spectrum to benefit the American people.”

Wells Fargo analyst Steven Cahall told TVT’s sister publication B+C that this is “the deal of the year.”

“While we've historically liked Scripps management and assets, investors have found the portfolio too in between: not enough National (relative to the portfolio) to be a growthy stock thesis, and not enough Local scale to get the cash profile of its peers,” Cahall said.

“The Ion deal is undoubtedly transformative as it nearly doubles Scripps enterprise value and the mix of stations + a national net ties everything together like a media bow,” he said. “Bringing Berkshire Hathaway in is also about the best equity market seal of approval there is. We expect investor interest in Scripps to accelerate on the back of this deal and should push Scripps' strong operating performance and proactive strategy into the limelight.”

The Scripps-Ion deal is still subject to FCC approval. To meet requirements, Scripps has already said that it will divest 23 Ion stations, and that it has agreed to a transaction with a buyer, though no specific details were shared. Scripps expects the deal to close in the first quarter of 2021.