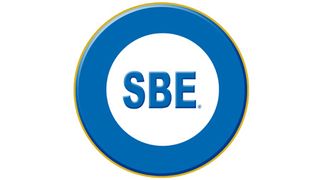 Robert “RJ” Russell has been an SBE member for 21 years and has served in several positions on the National Board of Directors as well as serving on several national committees. Russell also has held officer positions in various local chapters. Along with his time in the U.S. Marine Corps, he worked for several stations, including those owned by Media General, Sinclair, Cordillera, Catamount, Sunbelt, Univision, E.W. Scripps and Fox. Russell worked as a broadcast engineering manager on the Sprint Nextel Project from 2004–2008, assisting many television stations with the 2 GHz repack and reimbursement program; and Brigham Young University, where he was instrumental in the design and construction of a new 100,000 square foot BYU broadcast center. He worked on the ATSC 3.0 project station in Cleveland, and most recently accepted the position of SBE frequency coordination manager as an independent contractor through his company, TBSI.

Fred Baumgartner has been an SBE member for 47 years and given countless hours to furthering the education of today’s broadcast engineers through his work with the Ennes Educational Foundation Trust for 17 years, he spearheaded the annual Ennes Workshop during the NAB Show, and recently produced the SBE presentation on NextGen TV during the 2019 PBS TechCon.

Roland Robinson has been an SBE member for 24 years. He is an instructor of broadcasting and video production classes at Bates Technical College in Tacoma, Wash., and during his tenure has implemented an SBE-approved certification curriculum in his broadcast classes. Robinson also serves on the Washington State Emergency Communications Committee (SECC).

MultiCAM Systems won the SBE Technology Award for the Air Bridge, a new video solution for including remote guests in shows or conferences.

Washington, D.C.’s Chapter 37 won the Best Educational Event for the NextGEN TV Summit held Jan. 16, 2020. The event was held in conjunction with SMPTE.

All the winners will be recognized at the SBE Membership Meeting and Awards Ceremony, held online on Sept. 23. Nominations for the 2021 awards will open in February.