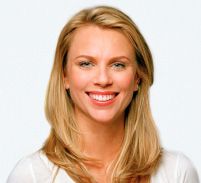 The award recognizes contributions to journalism and freedom of the press and is named after the RTDNA’s founder and first president, John F. Hogan. Past recipients include Christopher Glenn, Jack Shelley, Bob Priddy, Barbara Cochran and Walter Cronkite.

Logan’s award-winning career spans 19 years of coverage from numerous war zones as well as correspondent positions for CBS News, 60 Minutes, “The Early Show” and “Face the Nation.” Logan was named a 2007 National Edward R. Murrow Award winner for her five-part series on U.S. Marines in Afghanistan for the “CBS Evening News.”

“Lara’s very courageous contributions to the journalism profession cannot be overstated,” said RTDNA Chairman Mark Kraham, in a press release. “She is, perhaps, one of the most intrepid journalists we have ever given the Hogan award to. She will join a very exclusive RTDNA club this September. I am honored to be thanking her on behalf of RTDNA for advancing our profession.”

The award will be presented during the Excellence in Journalism 2011 Conference in New Orleans, Monday Sept. 26, with a reception immediately following the award ceremony.