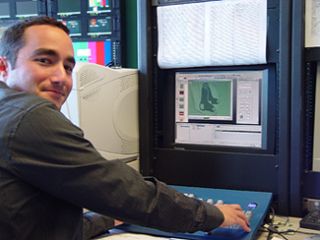 Although it is the oldest ballpark in Major League Baseball, the park has seen a number of improvements and enhancements over the years, including its graphics system. “The HyperX3 has provided us with the ability to very quickly generate in-game stats,” said Red Sox Chief Engineer Eric Hancock.

“HyperX3 has proven to be a major hit with sports organizations worldwide,” said Kevin Prince, Chyron COO. “The system’s combination of speed, power and flexibility is a perfect fit for the high demands of live sports.”