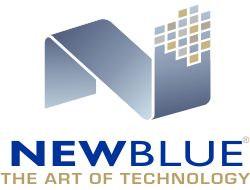 Previously available for Apple Final Cut 6 and 7, as well as other nonlinear editors, NewBlue’s GPU-accelerated plugins include tools for color grading and color correction, titling, transitions and an array of other professional effects.

NewBlue’s flagship titling software, Titler Pro, which makes titling fast and intuitive, and its new ColorFast product for both color grading and color correction are among the products now available to Final Cut Pro X users.