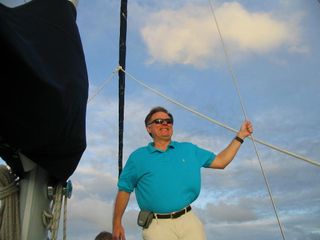 WASHINGTON: NBC Universal’s Jim Starzynski was recognized by the TV broadcast engineering community today with one of its highest technical awards. The Advanced Television Systems Committee named Starzynski the 2011 recipient of the Bernard J. Lechner Outstanding Contributor Award. The presentation was made today during the ATSC’s annual meeting at the Ronald Reagan International Trade Center in Washington, D.C.

“Jim’s leadership in audio loudness activities is vital to the ongoing work of the ATSC and the television industry,” said John Godfrey, chairman of the ATSC board of directors.

Starzynski led the effort to develop the ATSC A/85 Recommended Practice “Techniques for Establishing and Maintaining Audio Loudness for Digital Television.” The Commercial Advertising Loudness Mitigation, or CALM Act, requires the FCC to mandate use of A/85 for commercial advertisements.

The ATSC describes the Lechner award thus: “The Lechner Award is bestowed once a year to an individual representative of the membership whose technical and leadership contributions to the ATSC have been invaluable and exemplary. The title of the award recognizes the first recipient, long-time broadcasting technology leader Bernard Lechner, for his outstanding services to the ATSC.”