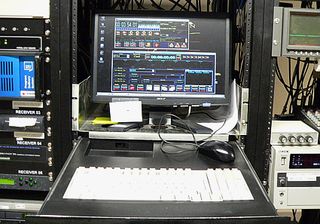 “It [the NVerzion deployment] all started with a failed commercial server at our facilities,” said. While looking to replace it, we began delving into the option of installing automation systems to help us become more efficient,” said Jim Meier, Beartooth operations manager. “NVerzion's technology not only provides us with a more streamlined workflow, but the system also allows us to move away from tape and the hassle of maintaining recording equipment and associated recording media--a huge savings of both time and money. We had been thinking about transitioning to this type of a model for some time, and NVerzion provided us with the support to make it a reality.”

Before the NVerzion system was added, operators at the group’s KTVH Helena NBC affiliate relied upon several manual processes for receiving and airing of program and commercial content from network suppliers. The new technology now provides automated ingest, transcoding, segmenting, playlist management, switching to air and related operations. The technology has also been used to streamlined operations at the group’s KMTF in Helena and KBGF in Great Falls stations.