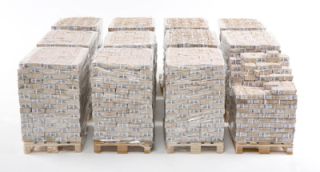 NEW YORK: The election is everything it promised to be for TV stations, which collected $1.15 billion in political ad spending as of Sept. 30, analysts at Wells Fargo reported. Adding network and national spot increases the total to $1.33 billion.

Of the $1.15 billion spent through Sept. 30 at the local-station level, 42.2 percent was on presidential campaigns; 36.9 percent for congressional; 17.7 percent on ballot issues; and 3.2 percent “driven by” presidential and senatorial advertising, the WF analysis of Kantar Media data said.

The total expenditure for the month of September alone was $304.6 million, up from $240.9 million in July and $141.9 million in August, the WF team said. Sinclair, Gray Television, LIN TV and NBC-owned stations have the most exposure in hot political markets, they said. The top five markets with the most exposure as a percentage of market revenue are Butte-Bozeman, Mont. (DMA # 189); Great Falls, Mont. (DMA #190); Sioux City, Iowa (DMA# 147); Davenport, Iowa (DMA #100 ); and Glendive, Mont. (DMA #210). Sinclair, Gray, LIN and NBC have the greatest exposure in these markets.

The Wells Fargo team said they first issued their prediction for the political advertising landscape on Jan. 3, saying Sinclair and LIN were best positioned for the season. Estimated take for both was raised by 6 percent in early September.

“At this point we are comfortable with these expectations.” they wrote. “However, we may update this forecast as the election season continues to develop.”