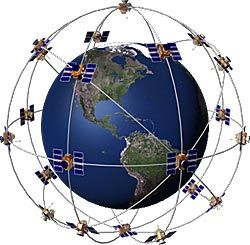 WASHINGTON: LightSquared may be in the crosshairs of the GPS industry, but local lawmakers eager for broadband competition are calling for cooler heads. State lawmakers from across the country are urging the Federal Communications Commission to fix whatever’s broken between LightSquared and the global positioning systems. The GPS community opposes LightSquared’s proposed 4G LTE satellite-terrestrial broadband network because initial trials demonstrated GPS interference.

“As a retired Army officer… I realize how important our nation’s communications networks are in times of national emergencies,” he wrote. “A communications network that can provide uninterrupted service during power outages and natural disasters would help strengthen our ability to protect and serve people in need.”

“The idea of a fully integrated 4G LTE wholesale network that will help bring low-cost wireless broadband to the people of New York State is an exciting prospect,” he said.

LightSquared is based in Reston, Va., and funded primarily through Harbinger Capital Partners, a New York-based private equity firm that’s invested at least $2.9 billion. Additional capital has been invested by UBS and JP Morgan. The company’s investors await final approval from the FCC so the network can be launched and begin generating revenue.

The FCC halted LightSquared after GPS interference became evident, and LightSquared responded with a modified launch plan it said would protect 99 percent of GPS receivers. The FCC opened a proceeding on the modified plan that’s generated nearly 3,300 comment since June, many from individual GPS users opposing LightSquared’s deployment.

Latz also asserted that LightSquared would provide some relief for rising cellphone costs.

“The consolidation of the cellphone market continues, with fewer options and less competition,” he said. “The application of LightSquared to provide enhanced nationwide broadband service and cellphone coverage is good news.”

Another Minnesota State Senator, Mike Parry, emphasized the need for broadband in his mostly rural district.

“My legislative district, which is located in southern Minnesota, includes two regional centers—Fairbault and Owatonna,” he said. “These two communities are surrounded by small towns and farms. The lack of good telecommunications service is a problem for ambulance crew, state and county police and others that must respond swiftly to emergency situations.”

Parry said the paucity of broadband access in the area was also a “big barrier to economic growth.” He also said that since the interference problem lay with GPS devices rather than LightSquared, that GPS manufacturers ought to ‘take steps to remedy their devices.”

The mayor of Coachella, Calif., concurred with Parry’s view of broadband and small-town business development. His Honor Eduardo Garcia said LightSquared would make broadband more affordable to business owners in his community. He also emphasized the money being spent to launch the network.

“LightSquared is investing billions of dollars and creating thousands of jobs at a time when our economy sorely needs, help,” he said. “The government should not stand in the way of this kind of investment.”

Nevada Democrats lent their support to LightSquared via a filing from the party’s political director, Harriet Trudell. She cited LightSquared’s wholesale-only plan, which would give smaller broadband providers and entrée in the market. Trudell said she was aware of the GPS problem.

“These interference issues are resolvable with filtering technology added to GPS devices that mistakenly look inside LightSquared’s spectrum for signal,” she said, taking up LightSquared’s own defense against GPS opposition.

State lawmakers lining up with LightSquared included others from Missouri, New Mexico, California, Kansas, Arkansas, and possibly the whole of Minnesota’s House of Representatives. The Mayor of Middleton, N.J., did likewise, as did Winfred Stone of Go Pogy Bait and Tackle of Wintrhop, Mass., and Mitchell Balutski, a retired Captain of the Honolulu Fire Department. They are up against many hundreds of land surveyors, farmers, farm implement manufacturers, pilots, aircraft makers, GPS dealers, boaters, and others skeptical that the interference issue can be mitigated.

Concern about LightSquared and its potential impact has reached beyond U.S. borders as well.

“I am writing to express our deep concerns about the LightSquared system that is proposed for operation in frequencies immediately below the radionavigation-satellite service allocation at 1559-161OMHz,” Heinz Zourek of the European Commission said. “This band is the core band used by global satellite navigation systems including GPS and you are no doubt aware that Europe is at the advanced planning stage for its own system, Galileo, which will be operational by 2014-15, and that will also use this RNSS allocation.

“Analysis carried out in Europe, including by our own technical partner the European Space Agency, has shown that transmissions from LightSquared base-stations do indeed have considerable potential to cause harmful interference to Galileo receivers operating in the United States…. We are confident that the process put in place by the FCC to deal with internal U.S. concerns about the threat to GPS reception will reach appropriate conclusions and that these will take into account our own concerns about reception of Galileo signals.”

The FCC’s reply comment period on the LightSquared docket officially closed on Monday, but filings continue to pour in. The commission is expected to decide LightSquared’s fate next month. FCC Chairman Julius Genachowski recently issued what amounted to an assurance that the agency would protect GPS in the event that LightSquared is approved.