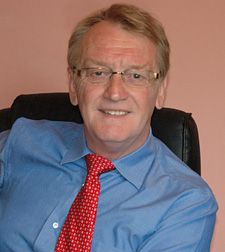 It is with great sadness that Fairlight announced the death of Ken Barnsley, who passed away on April 26, 2011 after losing his fight against cancer.

For over 25 years Ken led sales and marketing efforts for some of the biggest companies in the music, broadcast, film and post production markets, including AMS-Neve, Solid State Logic, Avid UK and Amek. Ken joined Fairlight in 2008 as European Operations Director after eight years as head of sales and marketing for Merging Technologies.

In recent years Ken discovered a passion for horses, taking part in many equestrian events both as a participant and as an organiser. He acted as Vice Chair of the Lusitano Breed Society of Great Britain until ill health forced him to retire earlier this year.

Linking his career and his hobby, he was very committed to promoting Freestyle Dressage to Music and worked with riders at all levels to produce music and soundtracks for freestyle tests. Ken’s music helped Britain achieve several medals (including a gold) at the 2008 Beijing Paralympics and the 2010 Kentucky World Equestrian Games. It is indicative of his devotion that he delayed his chemotherapy in 2010 in order to speak at the British Dressage Judges Convention.

He leaves behind his partner of sixteen years, Laura Duncalf, and a daughter, Diane, who is expecting Ken's first grandchildren. The funeral will take place on Friday, May 6 in Manchester, UK.

"Ken has always been a dedicated employee and friend,” said Tino Fibek, GM of Fairlight. “He worked right up until his hospitalisation a month ago, demonstrating his commitment and passion for the industry. He will be missed by all who had the pleasure of working with him."