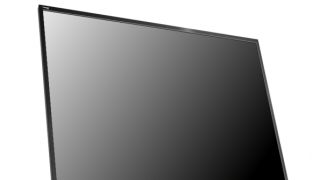 With a gamma profile specifically tailored for home theater, the RS-840UD features an IPS LCD panel with 120Hz refresh rate and 10-bit color depth housed in a slim bezel with a 178-degree viewing angle. ELED Illuminated, it produces vibrant, natural images from a variety of HD and 4K input sources. Other features include audio I/O for the built-in 15W speaker and a table base. The RS-840UD will be marketed as a complementary addition to JVC’s Reference Series projection systems sold through CEDIA custom installers.

The PS-840UD was developed for business and industry use, command and control applications, and public signage. It has the same features as the RS-840UD, but adds compatibility with the Intel open pluggable specification (OPS) for digital signage devices. Supported by JVC Professional’s technical support team, the PS-840UD 4K panel is the industry’s first large-screen 4K panel designed specifically for rigorous commercial use. It will be marketed through JVC Professional Products’ authorized Pro Video resellers.