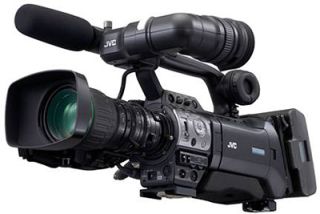 Customers who purchase a new GY-HM710 from an authorized JVC Professional reseller between now and the end of 2011 are eligible to receive an Anton/Bauer AB-DIONIC-PKG battery and power system package directly from JVC. Valued at $1,185, the package includes an Anton/Bauer DIONIC 90 Li-Ion battery, Tandem 70 InterActive charger, and AC power supply.