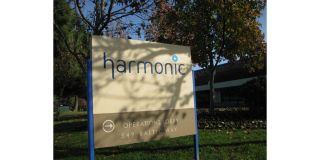 SAN JOSE, CALIF. --Harmonic today announced it has reached an agreement to sell its cable access business to Aurora Networks, Inc. for $46 million in cash. The transaction is subject to customary closing conditions and is expected to be completed by the end of the first quarter of 2013. In addition, Harmonic’s board of directors has approved an increase to its current share repurchase program to include the net, after-tax cash proceeds from this transaction of approximately $35 million, contingent upon its closing.

“The sale of the cable access business enables us to sharpen our focus on our largest growth opportunities,” said Patrick Harshman, president and CEO. “Cable access was Harmonic’s lowest margin product line, and through this transaction and the increase in our authorized share repurchase program, we will continue to drive growth in our core markets, expand our gross margin, reduce our outstanding shares, and position our business for stronger long-term earnings.”


The cable access business generated $52.9 million of net revenue with gross margin of approximately 30 percent in calendar year 2012. Harmonic expects that the sale of the business will be neutral to diluted earnings per share for 2013, excluding the impact of the share repurchase program.

Results related to the cable access business will be recast for prior periods and reported as discontinued operations in the company’s financial statements beginning with the first quarter ended March 29, 2013. Harmonic expects to recognize an after-tax gain of approximately $12 million to $14 million on discontinued operations related to the sale. The net, after-tax cash proceeds from the sale are expected to be approximately $35 million.

The expected impact on the outlook for the first quarter is as follows (in millions):