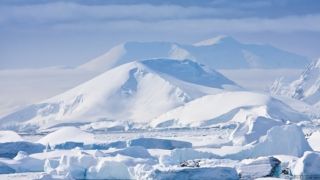 Adventurer Sir Ranulph Fiennes plans to set off from London in December for the world's first-ever attempt to cross the Antarctic during winter, and Quicklink will provide footage of the 2000mi trek, which is being billed as “The Coldest Journey” expedition.

"Quicklink services are essential for our team to communicate with the outside world throughout the expedition,” said Tristam Kaye, operations manager. “Our education and science programs depend on us being able to transmit media to the outside world …”

Fiennes and his team will expose themselves to severe weather conditions with temperatures as low as -130 degrees Fahrenheit during the permanent night. The effort is being undertaken to raise $10 million for “Seeing is Believing,” a global initiative working to tackle avoidable blindness.

All recorded material will be sent using Quicklink store-and-forward technology to be edited back in the UK. Fiennes first used Quicklink in 2009 to transmit footage back to the BBC in London during a climb of Mount Everest.