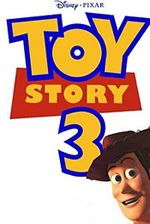 In addition to being the first out of the gate with a dedicated 3D channel, ESPN is also among the first networks in the country to begin testing 3D commercials when it launches its 3D coverage of the World Cup on June 11.

Three advertisers—Sony, Gillette and Disney/Pixar’s Toy Story 3 will debut new commercials produced in native 3D. Additionally ESPN will introduce its first ever 3D commercial from its “This is SportsCenter” franchise.

Commercials in 3D are not new—NBC offered 3D spots from PepsiCo and Paramount DreamWorks during Super Bowl XLIII in January 2009. But those ads were shown on 2D televisions are were not geared towards the as-yet-unavailable 3DTVs. The ESPN spots will mark the first time 3D ads have been inserted into live 3D programming on an American network. The spots will be featured throughout ESPN's month-long 3D coverage of the World Cup.

ESPN says in order to provide the “best consumer experience,” it will only be accepting commercials originally created in 3D. In addition to Disney’s Toy Story 3 promotion, Sony’s commercial will feature its new 3D HDTVs, while Gillette created a 3D spot as part of their launch campaign for the new Fusion ProGlide Razor. Gillette's spot was produced by Omincom Group's BBDO; the Sony ad produced by Anomaly London, and the ESPN spot was produced by Wieden + Kennedy. The spots cost an additional 30-40 percent according to published reports.

“The 3D advertising opportunity and marketplace is at the beginning so we are very excited to have three marquee advertisers on board,” said Ed Erhardt, president, ESPN Customer Marketing and Sales. “We have interest from several of our clients to include ESPN 3D in their packages and we will do everything we can to accommodate them.”