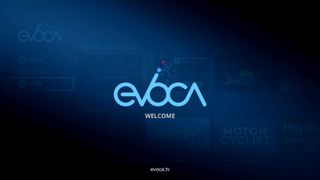 BOISE, Idaho—Edge Networks, the wireless MVPD TV pioneer leveraging ATSC 3.0 and broadband to deliver its offer, today announced it will begin serving about 200 Boise, Idaho, subscribers who have signed up for its early access program scheduled for Sept. 1.

The over-the-air alternative to traditional cable TV is priced at less than $50 per month, but for those early subscribers the company is offering Evoca for $20 a month through the end of the year.

For a monthly fee, Evoca subscribers get live network TV, linear television and VOD content, the company’s Scout set-top box equipped with an ATSC 1.0 and 3.0 receiver, onboard memory and a broadband connector, as well as an over-the-air antenna—high-gain or low-gain depending on the subscriber’s address.

“This is really the first converged network,” says Todd Achilles, Edge Networks president and CEO. “The two things we are building on is it’s incredibly spectrally efficient. You don’t have any of the overhead and mobility stuff you need in 5G to make it function. It’s just pure packets over the air.

“And the fact that it is IP-based allows us to create this converged network. We’ve basically created this seamless network that’s broadcast and broadband put together, and we blend the content across both of those modalities.”

Evoca offers a combination of OTA delivered content via ATSC 3.0 and 1.0. Edge Networks relies on its two low-power stations in Boise to deliver a variety of linear channels, such as Laff, the Game Show Network, the Outdoor Channel and the Cowboy Channel. Local over-the-air 1.0 channels are integrated seamlessly into the user interface.

A broadband connection to the set-top box delivers a variety of AVOD and SVOD services, such as Bloomberg Television, Crackle, Haystack TV and Acorn TV. Evoca also leverages the non-real-time (NRT) delivery of ATSC 3.0 to provide access to premium on-demand content, such as first-run movies, local documentaries and other content, says Achilles.

Achilles’ strategy with Evoca is twofold: deliver the lowest priced pay-TV service in the market and give customers the ability to subscribe to channels of interest to them. “By having this balance between what’s in the core bundle and the SVOD apps, we are creating an a la carte experience. This is what folks have been asking for since the beginning of time.”

For example, fans of British TV can watch Acorn TV for an additional $5 per month without affecting what others pay for the core Evoca service, he says.

Over-the-air linear channels will be offered in HD. Leveraging the efficiency of ATSC 3.0, Edge Networks will deliver 20 channels of HD over the air on each of its low-power stations, says Achilles. Buffer-free 4K content will be available, the company says.

Edge Networks will concentrate on delivering Evoca to the more than 200,000 homes—some 80% of households in the market—within the OTA coverage area of its Boise low-power stations. “We want to operate the service within the footprint of our TV stations. The good thing is with 3.0, low-power stations reach further, have more capacity and the signal quality is so much better.

“We could stream outside of the footprint, but then you get this imbalance in terms of the offer,” he says.

While Evoca’s rollout in Boise is the first for Edge Networks, it won’t be its last. The company plans to bring its wireless MVPD service to other mid-size and small markets around the country. Bozeman, Mont., and Twin Falls, Idaho, are next, says Achilles.

Achilles is optimistic about the prospects of Evoca’s rollout in Boise. “We have been keeping it kind of quiet. There was one article in the local Boise paper in May, and our website got hammered with signups,” he says. “More than we were prepared to handle.”

For the first couple of months, Edge Networks will be looking for feedback from its early access subscribers to “work out any bugs,” but will open up subscriptions to the broader market by November, he says.