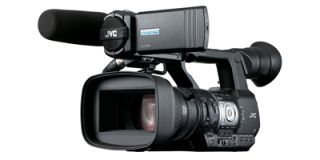 These two ProHD cameras were designed to comply with European Broadcasting Union guidelines for broadcast use, and these recommendations are intended to provide a common set of performance standards for broadcast production. The EBU independently tests and approves cameras for compliance.

The testing of the GY-HM600 and GY-HM650 cameras was carried out by Alan Roberts in accordance with the EBU guidelines.

“JVC believes that the 600 series cameras are a big step forward for both us and our customers in terms of ease of use and versatility, as well as features and functions, and EBU approval is a validation of this,” Gustav Emrich, European product manager for JVC Professional said.

The EBU test report for the GY-HM600E and GY-HM650E can be viewed here, and this page lists the full EBU recommendations for camera types.