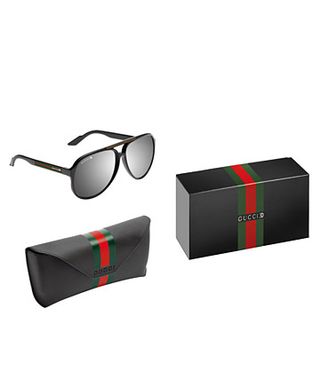 MULTIPLE CITIES: The fervor over 3D is infiltrating the world of high-end eyewear. Both Gucci and Armani have announced plans to sell 3D glasses. Sunglasses maker Oakley is going there as well. The House of Gucci said it intends to bow a pair of $225 3D aviators in its U.S. outlets come December. Armani’s $58 aviators, strikingly similar to the Gucci’s, will be available at Armani Exchanges. Oakley’s $150 wrap-arounds will come out with the movie “Tron,” scheduled to open Dec. 17.

One possible complication of eyewear makers introducing their own 3D glasses is the potential for confusion. Even the Los Angeles Timessaid the specs are “for use while viewing movies and television in the increasingly common 3D format.” The formats for movies and television are different, however, and the polarized lenses compatible with movie theater 3D do not work with the current crop of stereoscopic TVs requiring proprietary shutter glasses. If the difference isn’t made clear at the outset, the public could be more dissuaded from adopting 3DTV than it already is. (In a recent Zagat survey of nearly 21,000 people, 65 percent had no interest in taking a 3DTV home.)

At least Gucci is clearer about the function of its new 3D eyewear than the Times:

“Featuring optically correct six-base curved lenses with circular polarized technology, the aviator-shaped glasses will provide the wearer with a premium viewing experience for the most popular and common 3D format found in cinemas. The Gucci 3-D glasses contain a high-tech multilayered mirrored coating which allows the wearer to view themselves in a mirror without distortion. The mirrored coating not only provides a premium look as well as offers superior viewing and contrast enhancement, but also allows over 98 percent of visible light through, therefore not affecting viewing in a cinema environment. An anti-reflective coating has been applied to the back of the lens for additional overall image quality by reducing scattered light, glare and blue light.”

Polaroid was one of the first independent eyewear makers to announce its own 3D glasses. The company announced a partnership to create polarized 3D glasses with RealD in August. RealD of Beverly Hills, Calif., has equipped around 7,500 theaters around the country with 3D projection equipment for which it has traditionally supplied disposable polarized glasses.-- Deborah D. McAdams

See...
October 1, 2010: “To Be or Not to Be... in 3D”
Around 13,500 folks queried in a recent Zagat Survey had no interest in “having 3D technology at home.” These indifferentees comprised 65 percent of movie-goers surveyed by Zagat.