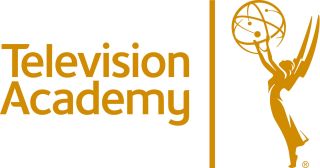 LOS ANGELES—There will be no red carpet for the 2020 Creative Arts Emmys, as the Television Academy has announced that the annual awards ceremony will be hosted as a virtual event over several nights in September because of the coronavirus pandemic.

The Creative Arts Emmys recognize the artists and craftspeople in television across all genres. The specific format that the virtual ceremony will have is currently in development.

The annual Governors Ball events, meanwhile, have been cancelled altogether.

Though it is unclear in what capacity, both Television Academy Chairman and CEO Frank Scherma and ABC Television Network plan for the 72nd Emmy Awards to be telecast on Sept. 20 as originally planned for a “show that honors television’s unparalleled role throughout 2020 in bringing people together during a worldwide pandemic as well as acknowledge and support the unprecedented national and global demand for social justice and equality,” the announcement said.

In addition to news about the its award ceremonies, the Television Academy has also announced it has made a $1 million donation to The Actors’ Fund COVID-19 Relief Fund, which supports those in the entertainment industry who have been impacted by the virus with financial assistance.

“As the industry reemerges, we will continue to support our more than 24,000 members and our community through this donation and our Academy’s programs and resources,” said Scherma.