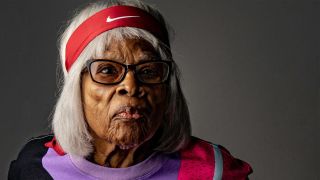 As the U.S. has experienced protests over the cause of civil rights for people of color for the past two months, the call to designate Juneteenth (June 19) as a national holiday has gained steam. But for one person, in particular, the campaign for a national commemorative day when slaves in Texas finally learned about their emancipation in 1865, has been ongoing for several years.

Miss Opal Lee, a 93-year old resident of Ft. Worth, Texas, has a long history of community outreach, and in 2016 decided to walk from Ft. Worth to Washington, D.C. (at 2.5 miles per day to represent the 2.5 years it took for news of the emancipation to reach Texas), gathering signatures along the way to present a petition to Congress designating Juneteenth as a national holiday.

It was a modest beginning for the first several years until recently when the nation reacted in horror to the killing of George Floyd in Minneapolis, sparking weeks of protests. Attention became focused on Juneteenth, prompting a renewed call among many of the nation’s leaders to designate it a national holiday.

Attention also turned to the 93-year old lady from Ft. Worth who had been advocating this cause with her march and petition.

“We started out talking about 100,000 signatures and now we’re saying let’s take a million signatures to Congress to let them know that it’s not just one little old lady in tennis shoes,” she told the New York Times last month.

With COVID-19 shutting down much of daily life, the 2020 version of the annual march—now designated as “phase 2 of Miss Opal’s walk”—was in danger of not taking place, according to Doug Johnston, founder and CEO of Artistic Visual Studios (AVS), a Dallas-based production company.

Now there are plans to expand this caravan into a march from Ft. Worth to Washington, D.C., this fall, starting in late August with the intention of submitting a petition with at least a minimum of one million signatures by early November to Congress to designate Juneteenth a national holiday.

AVS had been working with Miss Opal on the project before the protests and managed to gain the attention of Nike, which is sponsoring the caravan, and in addition, provided the wardrobe for a promotional video.

Whether or not legislation will pass anytime soon on the holiday designation, Johnston feels that the opportunity is there to promote the cause through unique storytelling.

“We want to create awareness about the situation that [the bill] still hasn't passed yet, and then also basically to create that awareness, education all the way through that caravan,” he said. “So it's more of an educational thing to bring awareness to people that don't know about Juneteenth, and for her to pop into each city, talk to the news outlets.”

The live broadcast will be available on Ms. Opal’s Facebook page (opalswalk2dc) and on local radio station 97.9 The Beat - Urban One | RL (www.thebeatdfw.com).

“Dejero’s solutions have opened up a new world of opportunity for us,” Johnston said. “They’ve allowed us to cut the cords of the constraints we’ve experienced with limited connectivity. Now, whether we’re in the studio, a fixed venue and especially on location, we can be so much more agile—get even closer to the action, provide more vantage points and interviews on the move—and most importantly, deliver enterprise level, crisp quality live productions for future multicultural events in a way that hasn’t been delivered before.”

Four Dejero EnGo mobile transmitters will serve AVS camera operators strategically positioned in the field as they broadcast live from the crowds and conduct interviews with supporters as they march. The Dejero LivePlus mobile app will also be accessible to further AVS crews on the ground via their smartphones, capturing multiple viewpoints to document the excitement and passion of the campaigners. Additionally, using the LivePlus mobile app on a smartphone, mounted on a selfie stick, will allow AVS to deliver exclusive live footage of Ms. Opal herself, up close, as she walks from the Fort Worth Convention Center to the Will Rogers Auditorium.

A Dejero WayPoint receiver will provide AVS with the ability to switch between four simultaneous feeds from its studio in Dallas and reconstruct the video transported over multiple IP connections from the Dejero transmitters, decode HEVC and AVC, and output to SDI.

“We’re proud as a company to offer our clients, and the causes we support, a unique story-telling production service that truly captures the tone, atmosphere and sincerity of their stories in an intimate and impactful way,” continued Johnston.

“The technology that Dejero has provided will amplify our offering by helping us to deliver even richer content, especially in live and remote production situations; starting with Ms. Opal’s walk”, added Russell Lopez, business development at Artistic Visual Studios.

To enable AVS camera operators on the route of the march to identify when they are live in real-time, a Dejero CuePoint return video and teleprompter server has been installed, with low latency return feeds accessible to field crews through their smartphones.

A Dejero GateWay M6E6 network aggregation device, also located in AVS’s Dallas studio, will guarantee AVS fast, reliable and secure internet connectivity, by monitoring the connection from the company’s internet provider as well as serving as a back-up should primary connectivity fail due to a weather event or service interruption.