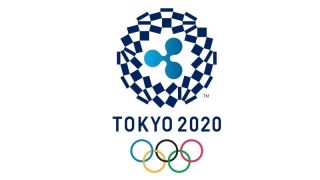 TOKYO—The impact of the coronavirus could lead to the first non-wartime cancellation of the Olympic games in modern history, a senior member of the International Olympic Committee told the Associated Press.

Dick Pound, who has been with the IOC since 1978, says that the organization has a two- to three-month window—which at the latest would be late May—to determine if the coronavirus has been contained and the 2020 Tokyo Olympics can go on as currently scheduled or if it is best to cancel the games.

“In and around that time, I’d say folks are going to have to ask: ‘Is this under sufficient control that we can be confident about going to Tokyo or not?’” Pound told AP.

The coronavirus outbreak began in China but has been spreading, with more than 80,000 people infected across the globe and 2,700 killed. Japan has four reported deaths to date, per AP.

Pound said that a postponement or relocation of the event was unlikely because of numerous logistical and scheduling problems that could occur, including for broadcasters.

“There’s so many moving parts, so many countries and different seasons, and competitive seasons, and television seasons. You can’t just say, ‘We’ll do it in October,’” said Pond.

In North America, moving the Olympics to the fall would then put them in conflict with broadcast schedules for the NFL, NBA, MLB, NHL, college football and European soccer.

As of now, Pound told AP that the plan is still for the Olympic games to go on as scheduled in Tokyo, but the ultimate decision will be based on how the virus progresses and the IOC’s discussions with the World Health Organization.

The 2020 Tokyo Olympics are scheduled to open July 24.