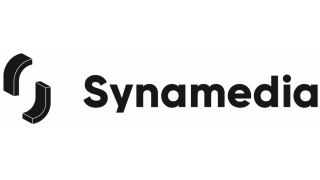 MONTREAL—The Canadian Broadcasting Corporation (CBC)/Radio-Canada has selected Synamedia’s video network portfolio for its transition from an SDI to IP-based infrastructure as part of its relocation to its new broadcast center in Montreal, the company announced.

“This is a major achievement of [sic] us, given we managed to replace equipment that’s been in use for two decades,” said Synamedia product marketing manager Bart Van Daele. “This is really a major win.”

After a rigorous selection process, CBC/Radio-Canada chose Synamedia for its SMPTE ST 2110 upgrade to enable transfer of compressed and uncompressed video packets over IP without any loss in quality, the company said.

The Synamedia solution addresses the desire on the part of the CBC/Radio-Canada team for a partner with capabilities and expertise in encoding and transcoding, multiplexing, satellite receivers and decoders, and monitoring and network management, the company said.

“We’re thrilled to be CBC/Radio-Canada’s partner of choice in assisting with the broadcaster’s relocation and transition to IP-based infrastructure,” said Julien Signes, senior vice president and general manager, Video Network at Synamedia.