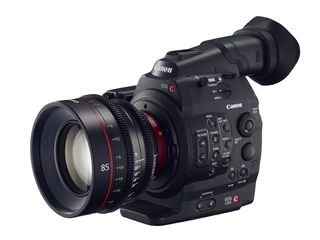 Canon will be recognized at the 64th Annual Technology & Engineering Emmy Awards in January 2012 for “Improvements to Large Format CMOS Imagers for Use in High Definition Broadcast Video Cameras.”

Presented by the National Academy of Television Arts & Sciences (NATAS), the Technology & Engineering Emmy Awards honor development and innovation in broadcast technology and recognize companies, organizations and individuals for breakthroughs in technology that have a significant effect on television engineering.

Canon debuted its large-format CMOS image sensor in its EOS C300 Digital Cinema Camera in November of 2011 at a global launch event held at Paramount Studios in Hollywood. By exploring alternatives to the established Bayer color filter array algorithms, Canon was able to achieve an overall image quality capture through its CMOS sensor that has helped bring digital cinema closer to the superb aesthetics associated with 35mm motion picture film.

“We see this award as a testament to the warm acceptance that the film and television production community has extended to us as we’ve partnered with them over the last year to help tell their stories. It also serves as further incentive for our continued commitment to the entertainment industry,” said Masaya Maeda, managing director and chief executive, Image Communication Products Operations, Canon.

The Technology & Engineering Emmy Award will be presented Jan. 10, 2013, during the International Consumer Electronics Show in Las Vegas.