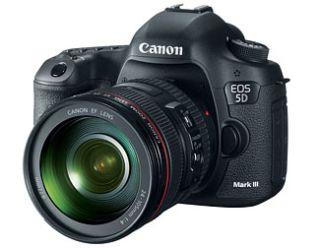 LAKE SUCCESS, NY.: Canon, U.S.A., Inc. has announced the release of the newest generation of their EOS camera.

The EOS 5D Mark III Digital SLR Camera is a step up from the Mark II model, and comes out during the 25th anniversary of Canon’s EOS camera system.

The original EOS line debuted in March of 1987 with the EOS 650 SLR and EF lenses.